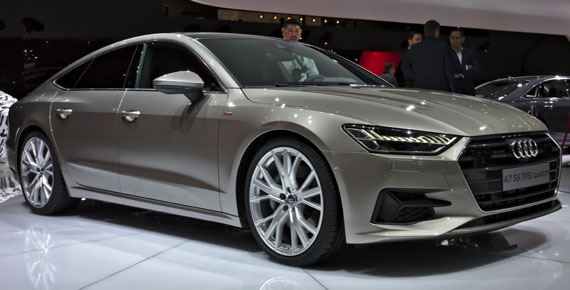 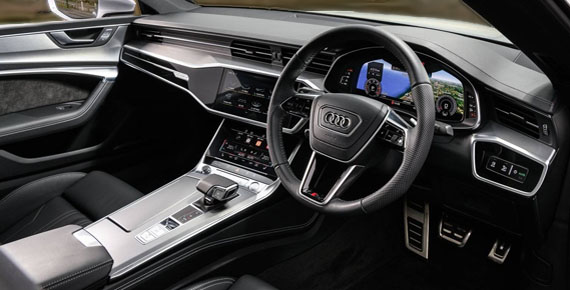 As with the Audi A8, the A7 model engines feature 48V mild-hybrid technology, which allows emission-free coasting, energy recuperation under braking, and more responsive performance plus a smarter start-stop system.

Perhaps the purest expression of Audi progress yet. The new LED wrap-around rear light strip with eye-catching lighting animations is the first hint at the advanced technologies inside.

Our recommended Audi A7 review comes from Autocar

"With its svelte, cut-crystal exterior lines and a cabin teeming with digital interfaces, the new A7 might seem irresistible for those who require a technological status symbol. That Audi has carved from a low-slung silhouette such generous space for passengers and luggage lends the car added grand touring appeal, something only enhanced by a diesel-electric mild-hybrid powertrain of commendable refinement, economy and potency."

For full Audi A7 Sportback review