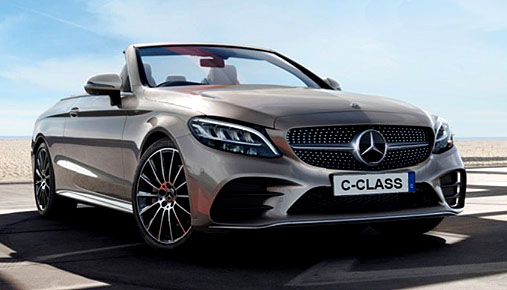 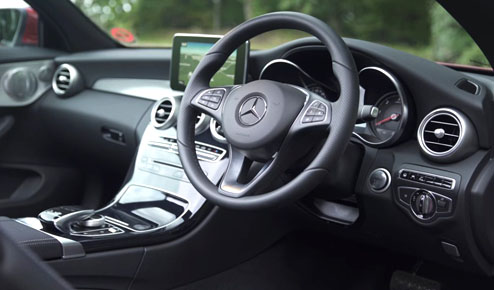 Mercedes-Benz’s first-ever C-Class Cabriolet was revealed on the 2016 Geneva Motor Show. Based on the C-Class Coupé, the four-seat soft-top keeps the same basic dimensions as the coupé, but is marginally taller. Its fabric roof can be opened or closed in 20 seconds at up to 50kph. When closed, the roof is stored in the boot.

The interior of the C-Class Cabriolet is almost identical to that of the coupé, but includes heat-reflecting leather and a switch on the centre console to open and close the roof. The sports seats also include Mercedes’ Airscarf heating system, while the Aircap system stops draughts inside the cabin.

Facelift versions were released in 2018 for the 2019 model year.

"While the C-Class has a traditional soft top, the addition of the folding mechanism and chassis strengthening means it weighs a decent chunk more than a standard car. Not to worry: despite being rear-wheel drive, the C is hardly known for loutish dynamics, and the Cabriolet inspires a more relaxed driving style anyway.
It’s surefooted, composed and easy to drive, especially given every engine comes as standard with an automatic gearbox. The only convertibles on sale that might prove more relaxing are Merc’s larger E-Class and S-Class and the Rolls-Royce Dawn."